LIVE – The Hotel at the University of Maryland
CLICK – Digital Participation 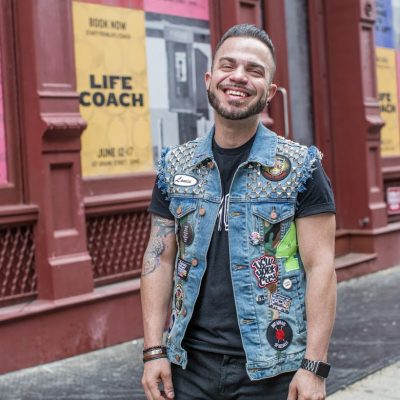 Afternoon General Session: A New Mindset - One Stitch at a Time.

Register for This Event »

Louis Boria aka Brooklyn Boy Knits Knitwear Designer After going viral for knitting during his daily subway commute from Brooklyn to Manhattan late 2017, 45 year old Puerto Rican Knitwear Designer/Philanthropist Louis Boria aka “Brooklyn Boy Knits”, has turned his passion for fiber arts into a platform where he now works with the community. Louis has been involved with the Fiber Arts for over 13 years, when he was first introduced by his late grandmother. Boria has been featured on media as varied as The New York Times, NY1, CBS News, Telemundo and is currently featured on Disney Plus’s new kid’s game show, “The Big Fib”. He uses his platform to break down gender norms and tackle issues related to diversity and inclusion within the fiber arts community. Throughout his journey from novice knitter to designer to Tedx speaker and influencer, he has focused on helping others. He believes that creativity can help heal wounds, both our own and society’s. Boria has collaborated with fiber artists, fiber industry leaders, community partners, and schools districts to provide an interactive, engaging and fun program that teaches young students to value differences. In 2019, Boria became one of the 8 founding members of the Diversity Advisory Council for Soho Publishing.